6 teams that went from CHAMPIONS to RELEGATION. 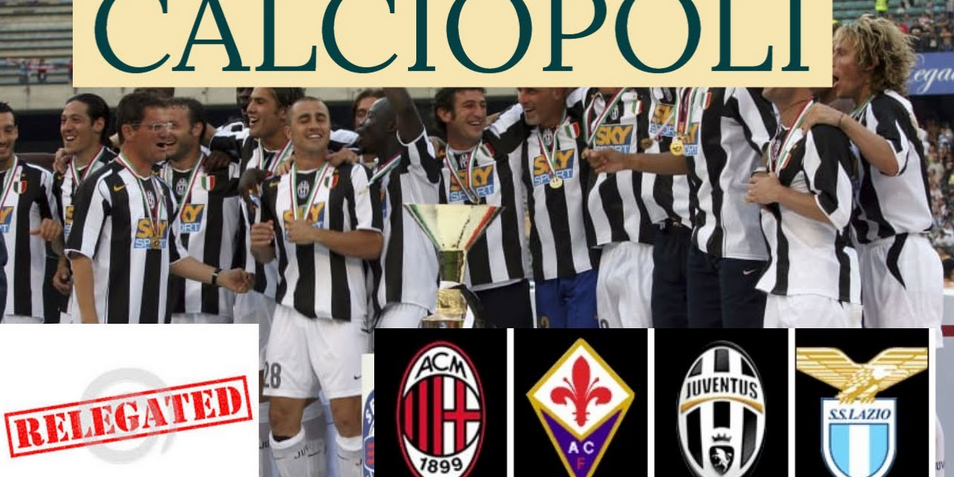 There are times when a team becomes a champion and in the next season is fighting for survival in the relegation zone. Today we will look at such cases that happened in the past.

Manchester City
Here is proof that the “citizens” are far from a 10-year-old team, as fans of their rivals like to say. For the first time, City reached the top of football in England in the 1936-37 season, beating Charlton by 3 points. To make the title even sweeter for the blue part of the city, the local enemy Manchester United fails completely and falls out of the elite. “Citizens” lose only 7 games in a league format of 22 teams and end the campaign with a series of 22 games without defeat, of which 15 wins. Four of their players finished the season with over 10 goals – Alec Hurd and Fred Tilson with 15 each, Eric Brook with 20 and Peter Doherty with 30 goals. A year later, however, the Manchester city team seems completely unrecognizable. They lose 20 games, and their defence conceded 77 goals. So the “citizens” finished 21st in the league and said goodbye to their elite status.

Olympique Marseille
Quite a popular case, because of which Marseillais are still one of the most hated teams in Europe. In the late 80s and early 90s, Olympique Marseille was one of the strongest teams in Europe. In the squad you can find national French players, including future world champions like Didier Deschamps, Marcel Desailly and Fabien Barthez. President Bernard Tapie’s ambition is for Olympic to step on the European club top and thus become the first French club to win the European Champions Cup. After Marseille lost on penalties in the 1991 final. from Crvena Zvezda, they secure a nother direct match for the cup in 1993. At the same time, Olympique imposes a serious domination in the French Ligue 1. OM are a step away from a new title, but the big goal of Tapi is triumph in the newly established Champions League. All efforts are focused on the final against Milan, and the president of Olympique wants his team to have all the best for this championship final. He ordered his men to offer money to the team of Valenciennes, Marseille’s next opponent in Ligue 1, in order to play a simulated game so that the French were fresh for the final. However, Tapie’s acctions came to light a few weeks later and Marseille’s Ligue 1 title was taken away and the club was kicked out of the elite. Marseille were still allowed to retain the European Cup, which OM won, but in the Official History of Ligue 1, the 1992/93 final doesn’t have a winner.

Juventus
There is hardly a football fan on this planet who is not familiar with the events of the summer of 2006. And no, this is not about the world title of Italy, but about the biggest scandal of Italian football in the 21st century so far. Local media branded him “Calciopoli” and he completely transformed Italian football for years to come. Crowned the champion of Serie “A” Juventus, which lost only once for the entire season and ended 2005/06 with an enviable 93 points in its assets, does not even get a chance to defend its championship title. Leaked information that the club’s then managers Luciano Moji and Antonio Giraudo had a say in the selection of referees to refer matches of the “Bianconeri”, as well as which opposing players to receive cards. The entire recording of the phone calls between Moji and the head of the Referre Committee was published in the newspapers. As a result, Juve’s title was taken away, as well as that for the 2004-05 season, which the “Old Lady” also won, and the club was sent to Serie B, where the next campaign started with minus 9 points. Most of the stars of Juventus left the sinking ship and went to play at a high level in the strongest teams in Europe-Real Madrid, Barcelona, Inter and AC Milan. Of course, the” Bianconeri”, won an instant promotion and returned to the elite, but they had to wait a few seasons before returning to the top.

FC Nurnberg
Have you ever wondered which team is the second most popular in Germany after the hegemon Bayern Munich? No, it’s not one of the Borussia’s, it’s the Nurnberg team. The “Legend”, as is the nickname of this German club, has won 9 Bundesliga titles, the last of which came in the 1967/68 season. Then Nurnberg triumphed with 3 points ahead of Werder Bremen, and the scorers of the team Franz Brungs and Heinz Strehl recorded 25 and 18 goals for the campaign. Shockingly, however, the manager of the “Legend” Max Merkel decided to make massive reforms and expel a huge part of the players in order to open a place for local young players from the school. Even top scorer Brungs is not spared and goes to Hertha. The result is pathetic. By the middle of the season Nurnberg was placed at the beginning of the second half of the table, but then collapsed and went to the bottom. Logically, Merkel was fired in March, and his successor Kuno Klotzer was unable to fix the mess Merkel had caused. Thus Nurnberg remained in the position before the last place in the final standings and said goodbye to the elite, while club legend Max Morlock declared the season a “complete nightmare”.

Milan
And while “Calciopoli” is the last and most notorious scandal of the Apennines, it is definitely not the first of its kind. The team of Milan won the Scudetto for the season 1978/79, and in the second position remains the team of Perugia, which has not made a single defeat throughout the campaign, but the many draws of “Griffins” leave them 3 points from the top. In the championship squad of the” Rossoneri “, we can find club legend Gianni Rivera, for whom this is the last season of his career and after winning the title he hangs his boots on the nail. Franco Baresi, another symbol of the “devil”, is in the role of a pale young man. A year later, Milan remains in third place in the final standings after their big rivals Inter and Juventus, but thanks to the scandal “Totonero”, the Rossoneri are thrown out of the elite – for the first time in their history. Milan makes an instant return to fall again. The years were turbulent for the team, which was then saved from bankruptcy by a young businessman named Silvio Berlusconi.

Herfelge
The name of this team does not tell you anything? Which is perfectly in order. Herfelge is a Danish club founded exactly 101 years ago and won the national title just once – in the 1999-00 season. The Super League format requires all 12 clubs to play each other three times, so for 33 games Herfelge won 16 times, lost 9 times and finished 8 times tied on a goal difference 52:49. These are far from the indicators of a champion, but the season is developing in a wonderful way for the team, plus they beat big rival Brondby in the decisive match, which brings them to the top with a lead of 2 points. The squad has a lack of famous names, as the top scorers for the campaign are the midfielders Jesper Falk and Kenneth Jansen, who scored 10 goals each but share eighth place on the Danish top scorer list. In the following season, Herfølge still got a top scorer, with striker Kris Hermansen stringing 13 goals, but on the contrary, the champions won only 7 of their 33 games with 9 draws and 17 losses. At the end of the campaign Herfelge dropped out, and a few years later it merged with another team and is now called Herfølge Boldklub and competes in the regional Danish leagues.