4 genius goalkeeping coaches, you may haven’t heard of. 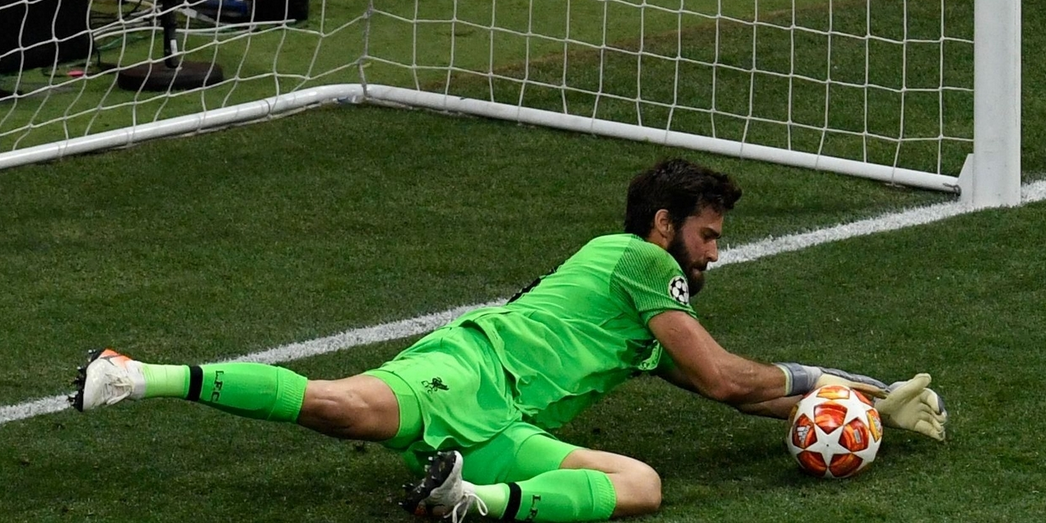 Alisson Becker is often considered one of the best goalkeepers in the world. The Brazilian made headlines with his good performances for AS Roma and Brazil, which led to a transfer to Liverpool in 2018. Although his form remains very good and his class under the frame is without a doubt, Alisson produced a lot of mistakes in the 2021 calendar year. Some may recall his mistake against Leicester in February, but many remember his three poor “saves” in the 2-3 loss to West Ham in November. This seemed to be a red light for the club and at the end of the same month, Klopp made a surprise transfer by bringing in a new goalkeeping coach – Claudio Tafarel. The USA‘94 World Champion and former Galatasaray and Parma goalkeeper is viewed  as one of the best coaches in the industry, and as a goalkeeping coach in the Brazilian national team, he worked with both Alisson and Ederson from Manchester City. Tafarel joined John Achtenberg and Jack Robinson to form a trio that has worked with Alisson, Adrian, and Kaomhin Kelleher, as well as on rare occasions with Marcelo Pitaluga and Harley Davis when they train with the first team.

The transfer of Tafarel to “Anfield” may not surprise many, but it is true that most big teams do not pay the necessary attention to goalkeepers. Unlike management contracts and the team around them, it is relatively rare for a manager’s team to have a goalkeeping coach present. On the other hand, there are fewer and fewer successful world-class managers who are former goalkeepers. In this article we will follow who are the genius goalkeeping coaches, you may haven’t heard of.

Frans Hook
Hook is an ex-goalkeeper who spent almost his entire career in Dutch Volendam, where he retired in the mid-80s. In 1986. he started at Ajax where he was part of the legendary team of Johan Cruyff. He is best known as an important part of Louis van Gaal’s team, with whom he worked at Barcelona, Bayern Munich, Manchester United, and the national team of “tulips”. He participated in the European Championship in Poland and Ukraine (2012) and the World Cup in Brazil (2014). He also worked with Leo Benhaker, and they led Poland to the World Cup in Germany in 2006. He succeeded Chris Woods at Manchester United in 2014. He also worked briefly in Galatasaray in 2016. Hook is often considered one of the most experienced in the industry, working as a consultant and lecturing for FIFA, UEFA, and the Dutch football federation. As a consultant, he has worked with Manchester United, the Danish Football Federation, and Los Angeles Galaxy. He currently resides in California, where he is the technical director of Orange County, a second-tier club in the United States.

Gianluca Spinelli
Spinelli is the goalkeeping coach of the Italian national team, and at club level is responsible for the preparation of Keylor Navas and Gigi Donnarumma at PSG. Started working in 2002 in Como, and then spent 12 years. Genoa. Since 2014. he started working with Antonio Conte in the Italian national team and before moving to Paris he worked again with Conte at Chelsea. Spinelli works both with young goalkeepers (e.g. Mattia Perrin) and with experienced ones (e.g. Buffon) but is defined as a specialist in individual preparation. His time at Chelsea is a typical example of his qualities, as he managed to establish Thibaut Courtois as one of the best goalkeepers in the world.

Joel Butts
Between 1976 and 1992, he made 554 appearances for Sochaux, Auxerre, and PSG, including 50 appearances for France. As goalkeeping coach, he started at PSG under Artur Jorge (1992-1994) and then under Luis Fernandez (1994-1996). Between 1996 and 1998 he worked with Ricardo Gomez, and the two managed to win the Copa de France as well as the championship. Both lost their jobs in 1998 when a series of lapses and changes in the upper echelons of the club put at the helm the legend Alain Giresse. After a brief unsuccessful time as general manager at Second Division Chateauroux, Butts joined Olympique Lyonnais in 2000 where he achieved his greatest success in the profession. He managed to build three world-class goalkeepers-Gregory Coupe, Hugo Lloris, and Anthony Lopez. He leaves in 2017 to join Montreal Impact in MLS.

Javi Valero
Vicente Javier Valero is part of West Ham, where he has worked since 2018 The Spaniard made a name for himself mainly with his work with Rafael Benitez, being part of his team at Liverpool, Inter Milan, Chelsea, Napoli, and Real Madrid. He won the Italian Cup and the Super Cup, the Club World Cup, and the UEFA Cup. As a footballer, he played mainly in the Segunda Division with the teams of Castellon, Logrones, Mallorca, Murcia, Cordoba, Recreativo, and Gramane. In most teams, he was not the first choice under the frame, often playing only at Logrones (2000-2002) and Castellon (2002-2003). His work is mainly related to Jerzy Dudek, Pepe Reina, Julio Cesar, Petr Cech, and Keylor Navas. He started working with Manuel Pellegrini in 2016 from their joint work in the Chinese Hebei Fortune.
Valero stopped his racing career at the age of 33 he is dedicated to working with goalkeepers. His overall philosophy is the understanding that modern goalkeepers are much more than keepers under the frame, believing that they should actively participate in the game at different times of the game. Valero has a master’s degree from the Spanish Football Federation, but also another one in psychology. The mental growth of a goalkeeper and his positioning in the game are the main elements of his philosophy.