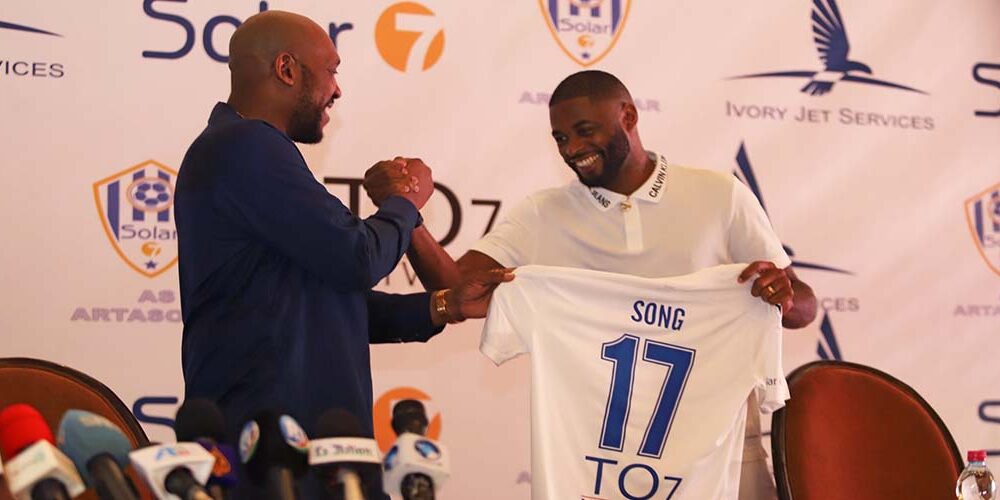 It has become a tradition for most of the players who have played at a high level in the leading European leagues to finish their careers outside Europe. Some stop at the Middle East, where Arabs give good money to famous names. Others choose to live the American Dream and become part of MLS. Of course, a lot of them go to China, where currently are some of the highest wages outside of Europe.

Here we have selected players who have played at the top level in the big leagues, but then moved to really shocking clubs.

Alex Song
This is probably the most shocking transfer of all time. Alex Song’s career has definitely gone downhill since he left Arsenal. The Cameroonian failed to meet the high expectations of Barcelona, so then he played at West Ham, Rubin Kazan and Swiss Sion. When Song refused to take a pay cut during the stagnation a year ago, Sion’s management just fired him. He went about 8 months without a team and finally decided to join a club called Arta/Solar7, which competes in the Elite Division of, DJIBOUTI! The only information about Song’s performance in this team is that he was the captain of the team when Arta/Solar7 lost 1 – 9 to an Egyptian club in a match of an African club tournament, which is equivalent to the Europa League.

Rivaldo
At the end of the “Golden Ball” winner’s career in 1999, he’s not as stellar as he deserves. After leaving Barcelona and then AC Milan, the ageing Rivaldo never found another top club in Europe to trust him. That is why he played in a number of teams in his native Brazil, and he also spent 4 seasons in Greece with the teams Olympiakos and AEK Athens. Perhaps the most shocking, however, was his stay at Angolan Cabuscorp, which managed to eclipse even his transfer to Uzbekistan’s Bunyodkor, where he became a three-time champion. Rivaldo spent 11 months in Angola, scoring 11 goals in 21 games.

Robbie Fowler
Having completed his stunning football career in the English league, Liverpool’s top shooter embarked on an interesting adventure. He went to Australia and played there for 2 years, carrying the teams of Perth Glory and North Queensland Fury. More shocking, however, is the team where Fowler finished his great career – Thailand’s Muangtong United. A few months after signing his contract at the club, he was also appointed manager, so he became a playing coach.

Florent Malouda
It is much more common for Egyptians to come to play in Europe than the opposite. This is not the case with former French international Florent Malouda. The year 2016 was a turning point for the winger because then he made some important decisions about the end of his career. Malouda announced that he will play for the national team of French Guiana after almost 80 games for the French national team, and also persuaded the Indian Delhi Dainemos to let him go on loan to the Egyptian Wadi Degla in order not to lose his good form during the break in the Indian Championship. We note that Wadi Degla is far from among the Giants in local football, but the presence of Malouda in the composition helped the team to finish fifth in the championship, only 1 point separated it from participation in African club tournaments. 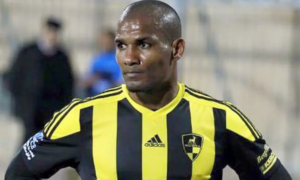 Andre-Pierre Gignac
Think about how many world-famous non-Mexicans play in the Mexican League. Yes, even the great Ronaldinho passed through the local Queretaro, but he was already in the downhill of his career. More interesting is the case of Frenchman Andre-Pierre Gignac. He signed with the team Tigres while in his prime at the age of 29. Gignac is the top scorer of the French Ligue 1 with Toulouse, as well as a two-time winner of the League Cup with the team Marseille. In the season before he left Europe, the forward scored 23 times in 39 games. Gignac is currently still playing for Tigres, scoring 148 goals in 254 games.